Hellebore is a poisonous plant that has the power of altering perception, and it's thought to be one of the main ingredients for the witches' flying ointment. Associated with the water element, it is known for opening up portals to the Underworld and the subconscious.

Founded in 2019 by writer and editor Maria J. Pérez Cuervo, with art direction by Nathaniel Hébert, HELLEBORE is a small press devoted to British folk horror and the occult. As well as the magazine of the same name, HELLEBORE has published a travel guide (The Hellebore Guide to Occult Britain) and a card game (The Magical Card Battle of Britain). A World Fantasy Awards finalist in 2022, HELLEBORE has been featured in Fortean Times, Starburst Magazine, Rue Morgue, SFX and others. 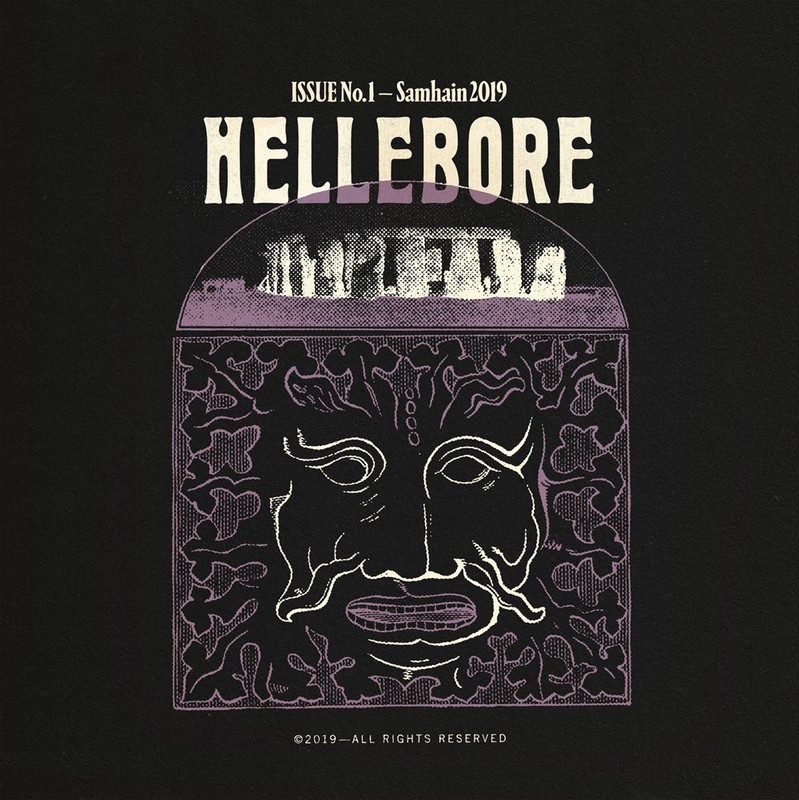